Writing is a Passion 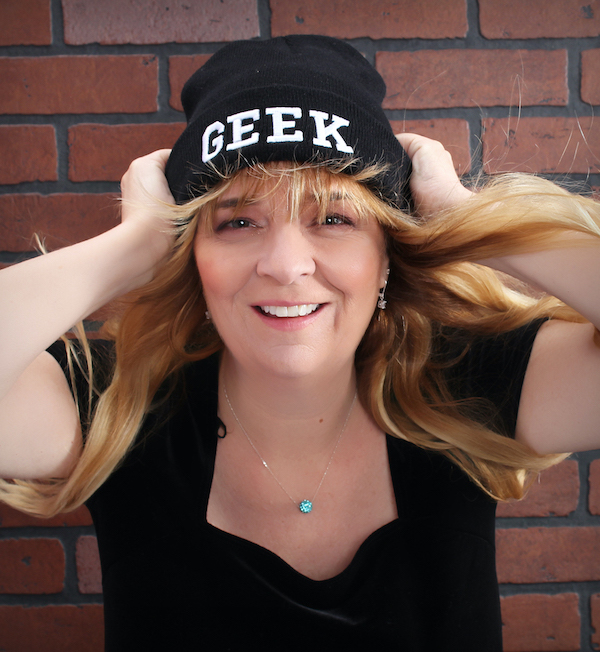 Julie Moffett is the bestselling author of the long-running, geeky Lexi Carmichael Mystery Series that USA Today says: "...runs a riveting gamut from hilarious to deadly, and the perfectly paced action in between will have you hanging on to Lexi's every word and breathless for her next geeked-out adventure." Julie also writes the young adult White Knights spin-off series featuring a cool, teenage hacker girl. Julie's been publishing books for 25 years, but writing for a lot longer. She writes in the genres of mystery, young adult, historical romance and paranormal romance.

Julie is a military brat (Air Force) and has traveled extensively. Her more exciting exploits include attending high school in Okinawa, Japan; backpacking around Europe and Scandinavia for several months; a year-long college graduate study in Warsaw, Poland; and a wonderful trip to Scotland and Ireland where she fell in love with castles, kilts and brogues.

Julie has a B.A. in Political Science and Russian Language from Colorado College, a M.A. in International Affairs from The George Washington University in Washington, D.C. and an M.Ed. from Liberty University. She has worked as a proposal writer, journalist, teacher, librarian and researcher. Julie speaks Russian and Polish and has two awesome sons and two guinea pigs.

Julie’s first book was published in 1993 and was a Scottish historical love triangle.

Did you know Julie almost joined the CIA, but opted instead to become a journalist specializing in the Soviet Union (Russia to those too young to remember)?

Julie and her sister, Sandy Parks, wrote a historical romance trilogy about three sisters. It took place in Salem, Massachusetts, a hundred years after the witch trials.

Despite the fact that Lexi in No One Lives Twice is a mathematical genius, math was Julie’s hardest subject!

Julie attended graduate school at the University of Warsaw where she took all her classes in Polish except for her Russian language class.

Julie has a secret weapon in her effort to keep the computer technology realistic...her nephew, a true genius computer guru who works for...well, one of the big ones.